Well, it’s that time of the year. 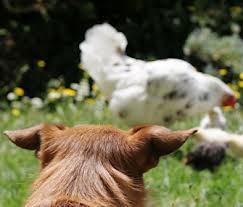 Time to assess the flock and see what is needed. We have lost a significant number of birds to a certain neighbor’s dogs. We are down to 10 hens and 4 roosters. Most of you will see this as a bad mix, and I completely agree. Because of this outcome we will have to apply zero tolerance to predatory behavior from any critter, someone’s pet or not. I have spoken to the local sheriff’s department and they have told me how to handle the situation. Once said predator is terminated, I am to call the sheriff’s department and they will come out, write a report and document everything. The sheriff will then return the terminated predator to its rightful owners and issue the owners a citation for “Vicious Dog at Large”. Maybe our Californian transplants will finally get it through their thick skulls that they have to keep their animals under control. Not only do I have the sheriff’s support, I also have the support of neighboring fowl owners who have also lost livestock to these irresponsible californicators.

Most chicken ranchers out here free range their birds to save on feed and to allow the birds to get those nutrients that the feed just doesn’t supply. Free ranging chickens is completely legal out here. Allowing one’s pets to roam free is not.

I was already planning on replacing most of our flock, but I figured it would be a more gradual replacement. Today I ordered 40 new birds. They should be arriving  near the end of March. Yes, that means my garden tub will be full of noisy little peepers until they are big enough to go outside. I’m looking at about a month of zero sleep. The sacrifices we make…

I ordered our new birds from Murray McMurray Hatchery in Webster City, Iowa. I will be giving you a full report on the condition of our new arrivals when they show up. Because of the size of our order we will be getting a bonus exotic chick for free.  I have no clue what it will be. I hope the packing list tells me what kind of bird it is.

One day I happened to look out my window when I heard a commotion in the chicken pen. I saw a very large black dog in the chicken pen. It was eating something. I grabbed the first gun available, a .22 Magnum revolver. This I will find was a bad choice. By the time I got outside, the dog had moved to the front yard and was eating something. I lined up the shot and took it. This is where I find that the revolver was a poor choice. I didn’t hit where I was aiming. I merely wounded the dog and it got away.

Later that day, the owner of the dog came over and confronted me on the shooting. I explained the situation and though he was not happy about it, he seemed to understand. I was hoping that this would be the end of it. A few days later the wife presented me with a vet bill. Initially, I was willing to pay half of the bill to be neighborly, but she insisted that I pay the entire bill. The californicators were not willing to except any responsibility for what had taken place. At that point all ideas of being neighborly went right out the window. I didn’t pay a dime. This is when I called the sheriff’s department to see where I stood. The sheriff said that I was good and not to worry. This is also when he told me what to do the next time it happens. ZERO TOLERANCE! I will follow his advice to the letter.

Had these nippleheads followed local ordinances none of this would have happened. And because they refuse to keep their animals under control there will most likely be a follow up post concerning this topic.

I don’t like the idea of shooting someone’s pet, but I’ll be damned if I will allow any critter to come onto my yard and kill my birds. Yes, that’s right, our birds were snatched right off our property.

Don’t let this happen to you. Keep your dogs fenced in, on a leash or train them to stay in your yard. Don’t be an irresponsible californicator.